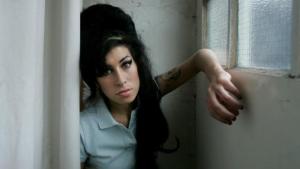 Last week came the tragic and shocking news of British singer Amy Winehouse’s death. Severe drug addiction is said to be the cause behind her death, and she might have died of drug overdose. A very sad case of how substance abuse controls the life, as she was being unable to come out of it even after she went through numerous rehabs.

Too much of any thing becomes a poison, as rightly pointed out once by Swami Vivekananda, and Amy Winehouse had got addicted to the poison itself. That’s an immense and terrible waste of talent as she died in her prime years, joining the doomed 27 Club of pop stars.

She leaves behind an impressive legacy of music and that’s what she would be remembered for. Hope her death would set an example to all those engaging themselves and others in substance abuse. Life is beautiful and we should learn to respect and value it. Everyone is alive for a purpose and that purpose is definitely not served if we don’t value our lives.

“Whatever you do in life will be insignificant, but it’s very important that you do it, because nobody else will.” ~ Mahatma Gandhi

Here’s one of her best songs called Rehab, what an irony, only if she had taken her rehab seriously. 😦

Error: Twitter did not respond. Please wait a few minutes and refresh this page.

What I write about?

Share book reviews and ratings with Aditi, and even join a book club on Goodreads.